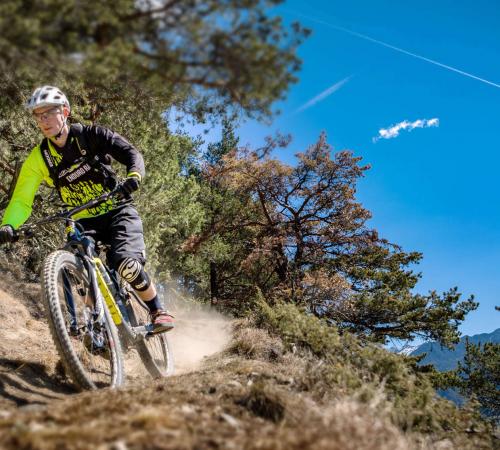 News
Finally the time has come!

Val Venosta is one of the most varied holiday regions in the entire Alpine region. Located at the foot of the Stelvio National Park with its 3,000 m high mountains, Val Venosta is famous for its mild climate and its unique alpine Mediterranean vegetation. With its close relationship to nature, the Val Venosta region offers a wide range of recreational options and activities as well as rest and relaxation for body and soul. The numerous events that take place throughout the year are a fitting expression of the relaxed Val Venosta way of life.

300 and more days of sunshine

On the sunny side of the Alps with us

Kissed by the sun! Val Venosta is one of the driest areas in the Alps with less than 500 mm of rainfall and is on a par with Sicily. Positioned on the south side of the Alps, it makes hiking and biking possible from early in the year until late autumn. Enjoy the climatic advantages of Val Venosta for your holiday!

From glacier to vine

The magic of diversity

The variety of options is one of the greatest strengths of Val Venosta. Glaciers and vines are just 30 kilometres away, which means the vegetation, the climate and the variety of possibilities are equally diverse - something really special! The Val Venosta is also one of the largest contiguous fruit-growing areas in Europe with more than 200,000 tons per year! More information on apple growing: Val Venosta apple

Relaxation without a car

A train has again been running through the Val Venosta since 2005. It runs from Merano to Malles providing visitors ample opportunity to admire the scenic beauties of the Val Venosta region as they pass by. The VinschgauCard allows guests to use all public transport in South Tyrol free of charge, you will receive the VinschgauCard upon arrival at our guesthouse.

Val Venosta is renowned for its numerous alpine pastures, which are still farmed today. On the alpine pasture, the milk of the happy cows is processed into a special delicacy: the award-winning Val Venosta alpine cheese is a veritable treat!

For hikers, the many refuge huts make the ideal destination; for mountaineers, they form the perfect base for ascending the summit. Val Venosta also has many beautiful mountain lakes that provide a refreshing experience. Mostly situated very high up, they also offer stunning views.

Up high on historical alpine passes!

Constructed in 1825 under the Austro-Hungarian Empire, the Stelvio road has lost its importance, but none of its beauty. The road winds its way through 48 hairpin bends up to 2,758 m to just below King Ortles. This makes it the second highest mountain pass in Europe and is a Mecca for cyclists and motorcyclists.

You can't get any higher with us!

Gleaming white and sought after worldwide!

Its purity and brilliant white make it particularly suitable for prestigious projects all over the world (e.g. underground station Ground Zero in New York). The Marble Trail was built in 2012 and illustrates the history of marble quarrying.  Marble tours are also very interesting and highly recommended: marmorfuehrung.com or marmorplus.it

Informations & news about the Coronavirus in South Tyrol